There is more to mold than an ugly area to avoid.  Mold in a building can be a serious biohazard that has far-reaching health concerns.  Mold sickness or mold illness may also be CIRS (Chronic Inflammatory Response Syndrome), which is hard to define and diagnose.  Our approach is not to spend load of money on testing trial and error efforts.  When, your health is affected by the house or building, we evaluate the problem and suggest more than a mold remediation.  We also consider a HDD (House Detoxification and Decontamination) or WDD (Workplace Detoxification and Decontamination) that treats your home or workplace while the doctors work on your health.

The facts are that mold can aggravate allergies and chronic conditions.  The symptoms are many, but if you feel half-sick, worn-out, and reacting to problems you cannot define ... the issue could be a toxic or semi-toxic home or workplace.  The question we often ask is whether the condition gets better or worse is you are in the building or out of the building.  If your symptoms are worse in any primary location, the problem may be an infected or toxic building.

The problem can be allergens, chemical senesitivy (like MCS or EI), mold sickness, or a mix of volatile organic compounds in the air.

Our solution is some form of HDD or WDD program that is performed annually, or as needed.  So, our efforts are generally more than mold remediation.  We want to restore the hosue to a healthy place for the family or workers.

Mold sickness is not an allergy.  It is inflammation within the body which is caused by an immune system that has gone haywire.  The term “mold sickness” is a subcategory called Chronic Inflammatory Response Syndrome (CIRS).

The proper definition of CIRS is an accute and chronic, systemic inflammatory response syndrome acquired following exposure to the interior environment of a water-damaged building with resident toxigenic organisms, including, but not limited to fungi, bacteria, actinomycetes and mycobacteria as well as inflammagens such as endotoxins, beta glucans, hemolysins, proteinases, mannans, c-type lectins and possibly spirocyclic drimanes, plus volatile ogranic compounds. 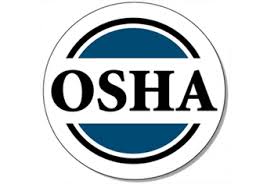 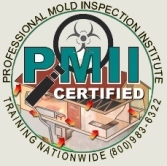